Can You Sign Here? Alabama Law Aims to Keep Cursive in Schools 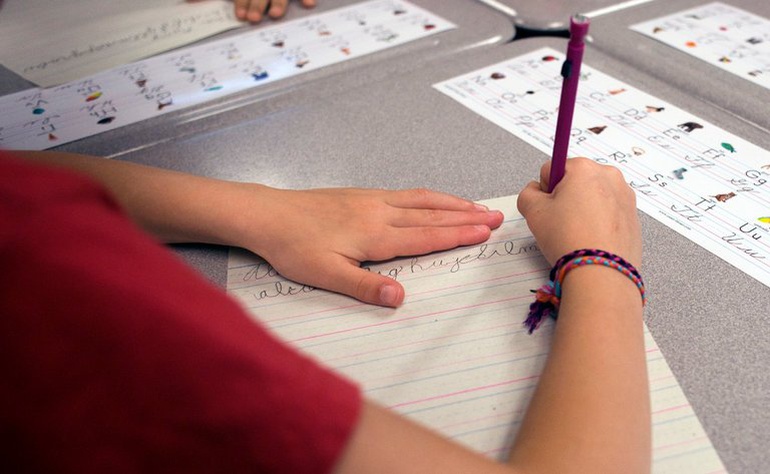 Except when you sign a check — if you even do that anymore — you may hardly use the loops and swirls of cursive.

Many American schools have adjusted, with cursive lessons steadily declining for decades. The Common Core standards adopted by most states in 2010 do not require teaching cursive, and many districts have chosen to spend their limited time, money and resources on core subjects or more modern skills.

But some states are choosing to hold the line, passing laws to make sure cursive doesn’t become a totally lost skill.

“It’s really an art form that personally identifies you,” said Dickie Drake, a state representative in Alabama who introduced a bill requiring schools to teach it. “I think your cursive writing identifies you as much as your physical features do.”

That bill, named “Lexi’s Law” after Mr. Drake’s granddaughter, was signed by Alabama’s governor, Robert Bentley, in May and it takes effect on Monday. It requires schools to provide cursive instruction by the end of the third grade. While Alabama schools were already required to teach cursive, they must now report proficiency levels to the state at the end of each year. Several other states, including North Carolina and Florida, have passed similar laws in recent years.