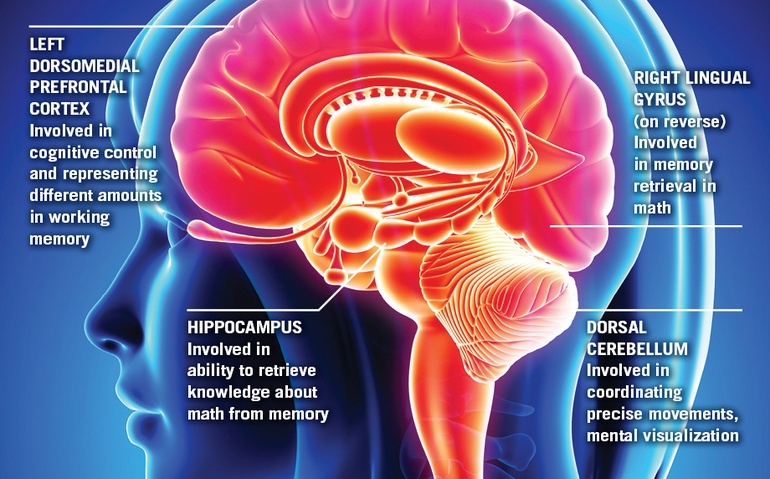 Having a positive mindset in math may do more than just help students feel more confident about their skills and more willing to keep trying when they fail; it may prime their brains to think better.

In an ongoing series of experiments at Stanford University, neuroscientists have found more efficient brain activity during math thinking in students with a positive mindset about math.

It's part of a growing effort to map the biological underpinnings of what educators call a positive or growth mindset, in which a student believes intelligence or other skills can be improved with training and practice, rather than being fixed and inherent traits.

"Our findings provide strong evidence that a positive mindset contributes to children's math competence," said Lang Chen, a Stanford University postdoctoral fellow in cognitive psychology and neuroscience. "Beyond the emotional or even motivational story of 'positive mindset,' there may be cognitive functions supporting the story."